In its 1976 annual report Procter and Gamble described itself as a company built on "freedom and individual initiative." The report devotes seven whole pages to unpacking these principles and the various practices that reflect and reinforce them--such as employee involvement, promotion from within, and profit sharing.

Here's the excerpt, which is worth a read given how remarkable it is (can you imagine a public company devoting this level of attention to this issue these days?)

P&G A company build on freedom and responsibility from mzanini

Contrast that with this passage about "organizational and culture" in the company's annual report 50 years later (I picked this year at random). It's so jargony that it's hard to make out what it means in practice, but it's fairly prosaic stuff:

We shouldn't romanticize 1976 P&G or gratuitously diss 2016 P&G, but this is a good example of how the employee & culture discourse has become focused on optimizing mundane details of the "employee experience" rather than honoring enduring, human-centric principles.  And that's a problem.

1.  The damage done by rampant credentialism.  Using educational accomplishment as a proxy for skills and problem-solving ability is a deeply elitist and flawed approach. 2. Selling ideas "up the chain of command."  This HBR piece has some useful advice, but the whole argument is premised on the notion that

The ESG mirage. A great Businessweek piece on how popular ESG ratings driving trillions into sustainable investing have little connection with a company’s impact on the planet.  Sustainable Investing Is Mostly About Sustaining CorporationsWall Street uses ESG ratings to boost “sustainable” labels on stock and bond funds—but what 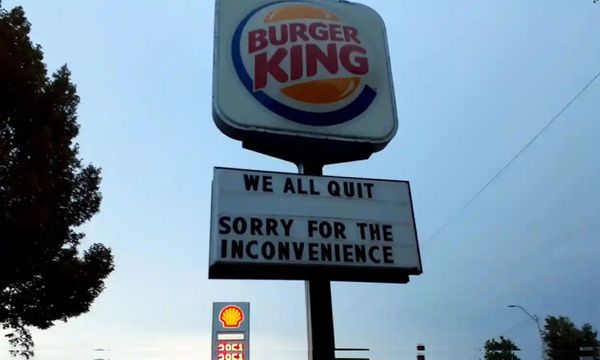 I recently recorded a video  on the "Great Resignation." There are so many bad takes in the business media about this phenomenon, which imply it's mostly about white collar workers contemplating their corporate existence in between zoom calls, that I felt I should try share some facts. I also try